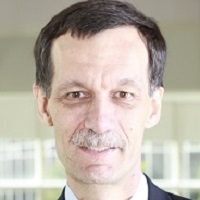 Richard has more than 20 years of experience in the payments and consumer financial services industry, primarily in the Asia Pacific region. Following work in retail banking in California and a short stint in government, Richard was part of the team that started up retail banking for Citibank in Japan. Richard joined MasterCard in 1993 and headed up Operations & Systems for the Asia Pacific region. He moved to Keppel TatLee Bank in 1999 and launched a new credit card program that became profitable in just over 1 year. He then managed the integration of Keppelcard into OCBC Bank and was the Card Center Manager at OCBC. Richard set up Transcarta in May 2002 and focuses on assisting financial institutions with retail banking and payments strategy, training, market entry research and other business practices.

He is also a freelance writer for Today, gtnews, Efma,and OOSKAnews as well as for corporate publications. He is proficient in Japanese. Richard has a BA from Pomona College and an MBA from Stanford University. He is active in community organizations, including serving on the board of the Metropolitan YMCA and as treasurer of the Jane Goodall Institute (Singapore).