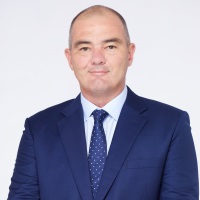 Brad Jones is the Chief Executive Officer of Wave Money, a role he has held for the last seven years. Wave Money is a fintech joint venture in Myanmar owned Yoma Strategic Holdings and Yoma Bank. Wave Money is the leading fintech provider in Myanmar, serving millions of customers monthly across a network of more than 50,000 agents.  Previously, Brad headed mobile money and innovation for Visa in Asia Pacific, North Africa and the Middle East. He has also been an emerging payments consultant to World Bank Group, working in a variety of markets including the Philippines, Indonesia, Bangladesh and China. Prior to Visa, he was the founding Managing Director of Wing Cambodia, the first bank-led mobile money deployment in Asia.