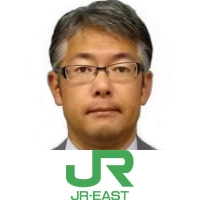 Mr. Shigeru Takagi entered East Japan Railway Company (JR-EAST) in 1990 after being privatized from the national rail. He has devoted most of his careers on bridging tourism and international affairs to the company.
While spending young days in Sydney (working at JNTO on loan) and in NY (NY office of JR-group), he was firstly named as a manager in charge of inbound tourism at the HQ, playing the core role on number of pioneering projects including promotion of Japan Rail Pass and other regional rail passes using GDS (Global Distribution System), coordinating direct rail service to Nikko with Tobu Rail and offering a travel voucher with localized multimodal coupon.
He was then appointed as the president of Creative Travel (Taiwan), Ltd (Travel Bureau in conjunction with JAL) and took the full lead for 5 years focusing on improving travel experience by promoting Japanese tourism, distributing JR East Pass with new system Japan Rail Pass (bringing the highest return this season) at Taiwan and charter Shikishima (四季島, JRE’s newest luxury train), to name a few.
Given the experience, and as the forerunner for MaaS within JRE, Mr. Takagi is now appointed as the Deputy General Manager of MaaS Strategy Design & Management Dept. His main role is focusing on integrating associated business related to tourism within the ‘Beyond-MaaS’ concept and serving as an ambassador to bridge International Market to the JRE-MaaS.