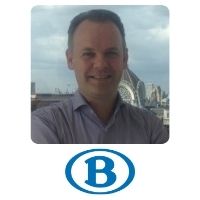 Mark holds a Master degree in Applied economics – International affairs from KU Leuven University. He started his carreer at Belgian Railways (SNCB) International Passenger division in 1994 during the launch phase of Eurostar and Thalys. After managing both distribution and IT teams, focus shifted towards managing the Business-IT relation as Head of International IT Systems at SNCB.
Next to that, since 2007, Mark is co-director of BeNe Rail International, a joint venture between Belgian and Dutch Railways developing IT systems and services supporting international distribution processes.
Currently, his focus is on preparing BeNe Rail to enter the digital ecosystem of rail distribution, including contribution to international initiatives such as FSM.