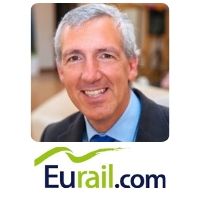 Carlo Boselli joined Eurail in 2013 as the General Manager. Mr. Boselli is responsible for relations with the shareholders and strategic decisions concerning the Eurail and Interrail Passes. Eurail manages and sells the Eurail and Interrail train passes and is owned by over 35 European railway and ferry companies. Passes are sold directly via the web shops Eurail.com and Interrail.eu and indirectly via a global network of distributors. Eurail is based in Utrecht, the Netherlands and has more than 100 employees.