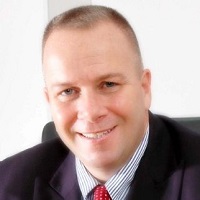 With a marketing and general management career that spans over a quarter of a century, James Lafferty is among the top global experts on business-building, marketing and branding particularly in emerging markets. He has had a long and successful career building businesses and organizations across five continents for some of the world’s leading fast-moving consumer goods companies. Starting off his career as a professional athletics coach, James began his lengthy career at Procter & Gamble, where he sprinted through the ranks, becoming the Head of Marketing for North Africa, Poland and the Baltic States, as well as the first-ever General Manager for P&G’s “Near East” businesses in Israel, Jordan, Syria, Lebanon and the West Bank.

In the latter arena, James established the initial distribution models that are still in place, making P&G the dominant market leader in these challenging markets. From there, James went onto become the CEO for P&G’s Poland and Baltic States Business, General Manager of Paper in Western Europe and lastly, CEO of the Philippines arm of P&G, where he in addition headed up new business development for all of Asia. After 24 successful years at Procter & Gamble, James went on to assume leadership roles at two other prominent multi-national, fast-moving consumer goods companies, including CEO of Coca Cola for Nigeria and the CEO of British American Tobacco for the Philippines, where he currently remains.

A true rarity in his sphere, unlike the standard consultant, James conducts multiple seminars and training events as a working CEO across the globe—enabling him to lift from real life experiences in real time. James has held seminars for some of the world’s largest corporations, including P&G, Coca Cola, British American Tobacco, HP, Newell Rubbermaid, Nestlé, Microsoft, GE, Hershey’s, Wal-Mart, Target, Intuit as well as many other global Fortune 500 companies. Not content to let his athletic passions idle, James continues to coach professionally, having coached national level athletes in his native USA as well as Germany, France, the Philippines and, most recently, as the Olympic coach for the Nigerian Marathon team in the 2012 London Olympics.