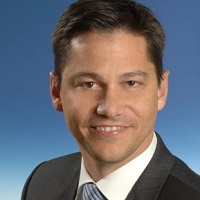 Dr Kaufmann is currently the Global Vice President of Biopharmaceutical Development and Platform Innovation within Sanofi, and has previously held the role of Vice President Process Science Germany within the global biopharmaceutical division of Boehringer Ingelheim. Before this Dr. Kaufmann was responsible for upstream development at the Biberach site as Director Upstream Development in 2008 and from 2010 onwards, as a Global Head of Mammalian Cell Culture Processes. He joined Boehringer Ingelheim in 2003 as Associate Director Cell Biology. Dr. Hitto Kaufmann also worked as a research scientist at the Walter and Eliza Hall Institute in Melbourne, Australia, identifying novel drug targets involved in apoptosis. He received his doctorate from the ETH Zürich working on improved production processes in CHO cells. Dr. Kaufmann is Member of several national and international committees and working groups, including the ESACT executive committee. He is co-inventor of more than 100 active intellectual property rights and served as editor of the Journal of Biotechnology between 2005 and 2010.