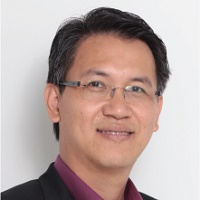 Borann was appointed as CEO of AMK in 2012. He has been with AMK over ten years since 2004 in different roles, and has held various leadership roles throughout the development of the organization, such as Finance Manager, CFO and Deputy CEO. Before joining AMK, he worked for another MFI as the Finance Director. He holds a BBA in Finance and Accounting. He received ACCA (Association of Chartered Certified Accountants) accreditation and was accepted as an ACCA member in 2008.