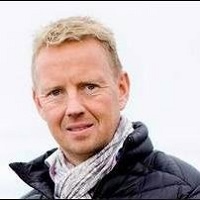 An award Winning Fintech Entrepreneur, Founder & Investor. Jens has founded and developed several companies. Previous working experience as stock broker, trader and advisor for SMEs and wealthy individuals. In 2005 he was hired as Executive Vice President for Optimum ASA and was head of Kristiansand and Brussels. The company experienced a significant increase in revenues and increased its managed capital with 2 billion NOK under his management period. Jens founded the idea of TrustBuddy in the early 2000. The company was official founded and launched November 2009. Throughout his role as CEO, TrustBuddy expanded to10 countries throughout Europe. TrustBuddy became the worlds biggest Peer-to-Peer(P2P) provider of short term loans and was the first publicly traded P2P company globally and is listed on the NASDAQ OMX First North since 2011. Through several acquisitions TrustBuddy also became the world’s most diversified P2P lender. In June 2015 Jens was elected to the Executive Board of The European Crowdfunding Network AISBL (ECN) a professional network promoting adequate transparency, regulation and governance.