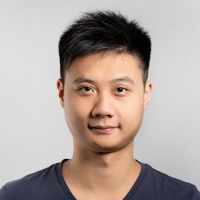 "As Senior CSR & Sustainability Manager of foodpanda Hong Kong, Woody Chan spearheads the company’s mission to become more environmentally and socially responsible while also overseeing its strategy and execution. Since joining in 2020, Woody has focused on reducing foodpanda’s carbon emissions, cutting plastic consumption and promoting sustainable foods, with projects including a Sustainable Restaurant Certification Scheme and a surplus food donation programme. Most recently, Woody has driven foodpanda to partner with WWF-Hong Kong to launch a groundbreaking reusable food packaging pilot - the first of its kind in Hong Kong.

Prior to joining foodpanda, Woody led project development and engagement at CWR, one of Asia’s most cutting edge think tanks on climate and water risks. In this capacity, he has not only built up a portfolio in research and analysis, but has also appeared in various public speaking engagements, from TEDx talks and university seminars to industry forums."