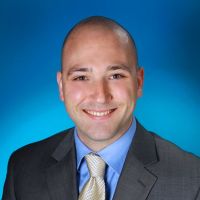 Troels Adrian joined the Metro Atlanta Chamber (MAC) in January 2015 as director of supply chain and advanced manufacturing. In this role, he leads the industry expansion team’s initiatives
in the supply chain and advanced manufacturing clusters as part of MAC’s economic development team. Previous, Adrian worked for the Gwinnett Chamber and its economic development
division, where he served as senior project manager for advanced manufacturing & supply chain management.
Previously he worked in Copenhagen, Denmark at the Danish National Police and Information, a Copenhagen-based daily newspaper. He also worked in the finance and operations department
for one of New York City’s largest social service nonprofits, CAMBA, leading organization-wide budgeting and financial projects.
Adrian earned his undergraduate degree in political science from the University of Copenhagen and a master’s degree in public administration from Baruch College, City University of New York.
In 2010 he earned a second master’s degree from Georgia Tech in city and regional planning. While at Georgia Tech he earned the 2010 Ed McClure Award, given by the Association of
Collegiate Schools of Planning, for the best master’s level city planning research paper in the United States and Canada. He lives in Midtown with his wife and son.