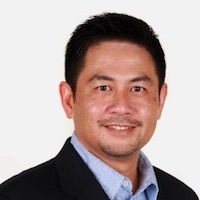 Mr. Adhiatmadja took the assignment to revamp and transform Federal Lubricants to be a fast moving consumer auto parts company in January 2013. Since then he has progressed and made the company’s backbone product, Federal Oil, a household name in the motorcycle lubricant market domestically. Federal Oil’s brand progression is recognized well in the industry, and the award winning brand is currently market leader in its category.

Prior to taking the assignment at Federal Lubricants, Mr. Adhiatmadja worked for Federal Lubricants’ holding company, MPM (A Saratoga subsidiary). Prior to Saratoga Group, he worked for a private equity firm, Quvat, where he managed an investee company developed international submarine fiber optic cable project until a successful exit.  Before that, he served as Business Development Director for Motorola Networks Asia, leading Motorola’s broadband wireless development for Asia region for more than 5 years.  He also served Lucent Technologies Asia Pacific, as its Chief Representative for Indonesia, and worked for General Electric Company before that.  He holds Architecture Engineering bachelor degree and  further studies at INSEAD.