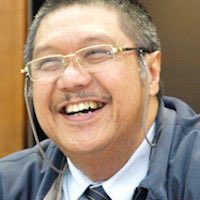 Dr. Mulya E. Siregar - Central Bank of Indonesia Dr. Mulya E. Siregar, was born in Jakarta on March 14th ,1957. After completion of his high school in 1976, he continued his study at School of Agricultural Sosioeconomics, Bogor Institute of Agriculture (IPB) and finished it in 1980. He then enrolled in Wijawiyata Manajemen at the LPPM Jakarta for approximately 1 year before being promoted as an Assistant Manager in PIR III Rimbo Bujang Project, Jambi in 1981. In 1983, he joined Bank Indonesia (BI) by pursuing officer training program for newly recruited staff (PCPM) of Bank Indonesia. He has officially started working for Bank Indonesia (BI) at General Credit Directorate since 1984.

He went to USA in 1987 for master degree program and earned his MSc in Agricultural Economics in 1989 from Ohio State University, USA. In period of 1989-1992, he had pursued his career at BI Branch Office (KBI) Manado as Head of Economy & Statistics Unit. In 1992, he returned to USA for his postgraduate studies and obtained MSc and PhD in Consumer Economics in 1998. Based on National Act #10/1998, in 1999 BI initiated Research & Development Team for Shariah Banking, which was then extended to be the Directorate of Shariah Banking. He was appointed as a Senior Researcher in the team, and then promoted to be the Team Leader in 2002. Late 2006, he was appointed to lead the Bureau of Islamic Banking Research, Development, and Regulation, BI. Then, in June 2010 he becomes a Director of Islamic Banking Directorate, BI.

Furthermore, he is also member of Postgraduate Board of Studies in International Center for Education in Islamic Finance (INCEIF) KL-Malaysia from 2006 to 2009, member of Advisory Council to Indonesian Waqf Board (BWI) from 2008 to 2010 and from 2011 to 2014 and member of Decision Making Forum of National Sharia Council to Majlis Ulama Indonesia from 2010 to 2015. He has also been active in the Islamic Financial Services Board (IFSB) which headquarter is in KL-Malaysia. IFSB is an international institution that has responsibility to issue prudential regulation for shariah financial institutions.