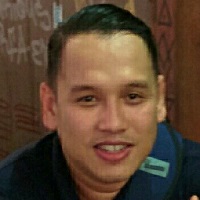 Marwazi Siagian is the Vice President, Acceptance, Mastercard. In his current role, he is responsible to lead the acceptance of digital payment in Indonesia. His working experience in the financial technology industry started in 2003, where he was very much involved in developing one of the first internet banking & mutual fund applications in Indonesia. Between 2008 and 2012, he contributed in the establishment of the first B2C e-commerce owned by Telkom and helped launch the 3DSecure for most banks. Since then, he focuses his interest on e-Commerce, payment and digital marketing. Prior to Mastercard, he was working for his owned digital consulting firm for couple of years before joining Lazada Group in 2014 and co-founded helloPay, a digital wallet platform in Southeast Asia