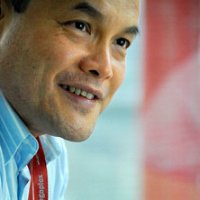 David Hilman has background in Information Technology (IT) and Electrical engineering. Which later became a key to open his first career gate where he worked at Hewlett-Packard in Oregon, USA.

He returned to Indonesia in 1989 and took a post at Shell oil Companies for 10 years in Jakarta and Den Haag.

He took a path to entrepreneurship as he established a series of IT companies and later entered Cinema industry as the founder of Blitz Megaplex. Shortly thereafter, he had a stint in F&B and founded Kartupay, a loyalty and micropayment card.