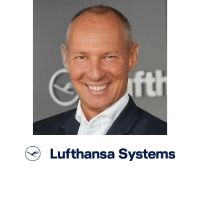 Olivier Krüger is CEO of Lufthansa Systems. Driven by determination and trend-setting visions, he is a true innovation enthusiast on a mission for a more digital travel experience. In 2015, Olivier Krüger has taken on the challenge of running one of the world?s leading airline IT companies. From VP Americas to CEO of the entity Asia Pacific, his career at Lufthansa Systems is marked by various managerial positions worldwide. Along the way, he pushed Lufthansa Systems to take over a pioneering role in both the airline and technology worlds. Olivier Krüger studied Law and International Relations in Germany and earned his master?s degree in Political Science from the University Sciences Po Strasbourg in France. Due to his diplomatic family background, he grew up in an international environment on various continents all over the world.