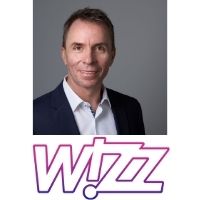 József Váradi is the founder and CEO of Wizz Air, one of Europe?s fastest growing airlines and the leading low-cost carrier in Central and Eastern Europe. The company?s low-cost leader strategy has transformed the airline from being one of the many start-ups in 2004 to one of the major European players today. Wizz Air has carried 34 million passengers in the past year and is well on track to continue its ambitious double-digit growth in the coming years. Currently the airline offers flights from 25 bases serving 151 destinations across and beyond Europe. Wizz Air?s current fleet consists of 120 Airbus A320ceo, A321ceo and A321neo aircraft, while it has further 270 aircraft on order from the manufacturer, including the recently announced A320 and A321 neo purchases, to be delivered over the course of the next decade. In early 2015 Wizz Air Holdings Plc carried out a successful IPO and was admitted to the London Stock Exchange. The Company's current market capitalization on a fully diluted bases is around 6 billion US dollars. Before conceiving the idea of Wizz Air, Mr. Váradi led MALEV Hungarian Airlines between 2001 and 2003. During his time as CEO, the company underwent a major turnaround program including organizational restructuring and a complete fleet renewal. The change resulted in a significant improvement of results, cutting losses by 80%. Prior to joining the airline industry, Mr. Váradi worked in the FMCG sector. He started his carrier at Procter & Gamble in 1991 as sales manager and moved up fast to become one of the company?s youngest executives by 1999. He left P&G as Sales Director for Global Customers, responsible for major clients throughout 11 European countries.   Mr. Váradi currently chairs the Board of Directors of Wizz Air UK Ltd. as well as serves on the Board of Directors of JetSMART Airlines in Chile. In the last 15 years, he also held numerous board memberships with companies such as Lufthansa Technik Budapest (Supervisory Board, 2001-2003), Wizz Air Bulgaria (Chairman, Board of Directors, 2005-2009), Wizz Air Ukraine (Chairman, Board of Directors, 2008-2009), Mandala Airlines (Board of Commissioners, 2007-2011) and Wizz Tours (Chairman, 2015-2017).   Mr. Váradi graduated from the Budapest University of Economic Sciences and holds a Master?s Degree in Economics. He also obtained a Master of Laws from the University of London and completed the International Directorship program at INSEAD.