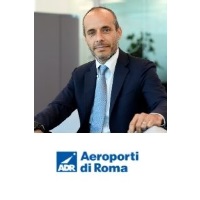 Emiliano Sorrenti - Biography Born in Rome in 1971, he graduated in Computer Science from the Sapienza University of Rome. From 1996 to 2008 he worked in Andersen Consulting/Accenture, a world leader in technology consultancy. He held roles with increasing responsibility in the management complex innovation and digital transformation programs for European Media and Telecommunications companies. From 2009 to 2013 he worked for Vodafone Italia. He initially led the Online Technology team, taking on the responsibility of digitalising services and launching the first ?mobile digital? services. He subsequently took on the responsibility of developing the company?s IT as the IT Solutions manager. From 2014 to 2016 he worked for Vodafone Romania. He took on the role of Chief Information Officer and helped the company achieve its digitalisation goals, from CRM services to technological platforms for network management. He has been acting as Digital Route Board Advisor since 2019. He is a member of the board of directors of several companies in the group.