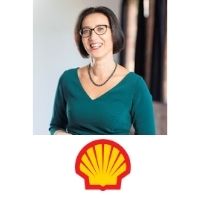 Anna has overall responsibility for the supply of Shell fuels and lubricants to customers ranging from private pilots to the world?s largest airlines. These products are provided through one of the world?s most extensive fuelling networks, which covers about 900 airports in more than 60 countries. She began her Shell career in 2004 in Europe?s Integrated Gas business to which she brought experience from various roles at BG, Enron, TXU Energy and BHP Billiton. Anna later led Shell?s European lubricants business through portfolio simplification and asset divestment, before contributing significantly to the successful integration of the organisation?s fuel trading and supply businesses. In 2015, she moved to Singapore to join Shell Chemicals, first as general manager base chemicals and then as general manager intermediates for Asia. In both roles, Anna strengthened collaboration and ways of creating value for Shell and its customers. A versatile and dynamic leader with international experience, Anna has the ability to flex styles in different business environments. She thrives in roles where she can drive change, turn challenges into opportunities and develop high-performing teams. As a physicist by background, she can seek simplicity from complex situations.