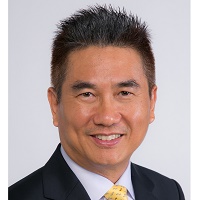 Wilson is presently a Director at Infocomm Media Development Authority heading the Intelligent Computing Lab. The lab experiments and builds on strategic AI technologies; using emerging technologies to solve tomorrow’s problems. He was the deputy secretariat for the ICM2025 Master Plan Working Committee 1 which was responsible for Technology and R&D roadmap and received the Ministry of Communications and Information merit award for Most Innovative Project in 2015. He was the ITSC IoT Technical Committee chairman and 4 IoT Technical References were published during his term from 2014 - 2016. He received the prestigious Jim Bound Award for establishing Singapore as being first in Asia and amongst the top ten globally for IPv6 user penetration in 2014. Before joining IMDA, he was in private sector. Mr. Ang has held several senior positions at Avaya and Hewlett-Packard, including vice-president of HP enterprise sales operation for the Asia Pacific region.