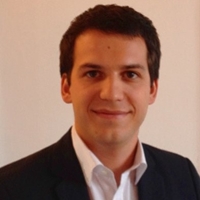 Paul Guillaumot is the founder and CEO of Spare Parts 3D, a tech start-up doing on-demand and distributed 3D printing for spare parts in Home Appliance sector. Since Paul incorporated the company in June 2015 in Singapore, it’s been growing rapidly. It has conducted pilot projects that demonstrated positive quality outcome with major Home Appliance players such as Electrolux and Astelav; it is part of SAP and UPS’s Distributed Manufacturing Program; and it powers a qualified network of 3D printers across 5 continents, which keeps expanding continuously.

Holding a Master Degree in Mechanical and Industrial Engineering from Arts et Métiers Paristech (France), Paul has been trained with extensive knowledge in product development and manufacturing processes.

After graduation, he joined Oliver Wyman, one of the world’s top management consulting firm based in the US, where he developed intensively his strategic, commercial and financial skills. He left Oliver Wyman upon the opportunity to join the spin-off Theano Advisors and then continued working in consulting for 3 years by actively involving himself in different projects. During this period, he gained valuable experiences in interacting with big international customers, such as Airbus and SNCF (France’s national state-owned railway company). When he left Theano Advisors, he moved to Singapore and started launching Spare Parts 3D in early 2015. He firmly believes that additive manufacturing, known as 3D printing, is the leading driver of the 4th industrial revolution.