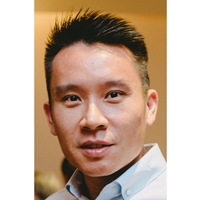 Mark Tay is a senior lecturer for the Diploma in Aerospace Avionics as well as one of the lead UAV trainers with Republic Polytechnic. Prior to joining Republic Polytechnic as an academic, he had 6 years of Flight Test experience with ST Aerospace which included working on various military and commercial projects related to aircraft upgrades and modifications. He led in flight test programs of various platforms such as UAVs, F16 fighter jet, C-130 transport aircraft and Chinook helicopter, focusing on ground and flight acceptance tests for prototype aircrafts. He was also involved in the Boeing 757 passenger to freighter conversion for Fedex and had worked closely with FAA to attain the first Supplementary Type Certification (STC) for ST Aerospace.

Mark holds a Bachelor (Hons) Degree in Mechanical Engineering from the University of Glasgow, as well as a Rotary Wing Flight Test Engineer graduate from Empire Test Pilot School (EPTS) based in UK. Being an avid aero-model hobbyist, he is capable of flying various platforms such as multi-rotors, fix wing and rotary wing models. He currently holds CAAS operator permits for various platforms.