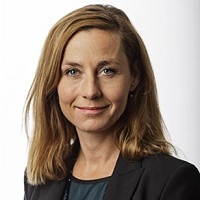 Ms Dorte Bech Vizard is the Ambassador of Denmark to Singapore and Brunei since September 2016. Prior to this appointment, she was Director of Investment Promotion and Innovation at the Ministry of Foreign Affairs of Denmark.

She has also worked with the Ministry of Social Affairs of Denmark as Head of Department for Legal and International Affairs, and in the private sector with Deloitte Business Consulting as Manager of a strategy team. In 2013, Dorte Bech Vizard was awarded the Order of Dannebrog, a Danish knighthood. She is married and has two children.