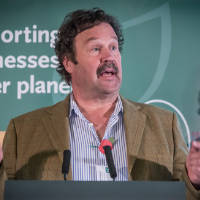 Alistair Handyside owns Higher Wiscombe Holiday Cottages with his wife Lorna. The business is rated at Five Star Gold and has won numerous Green awards. Higher Wiscombe is also one of a small handful of tourism businesses to have won two National Gold Awards from Visit England, the National Tourist Board. Prior to establishing Higher Wiscombe in 2005, Alistair was a senior executive in IT for twenty-five years.

Alistair is also active in lobbying for support for the wider tourism sector, he is the SW Regional Tourism Advocate for the CLA, Director at the national Tourism Alliance, is Vice Chairman of the East Devon AONB and was until recently Chair of Premier Cottages and the South West Coast Path.

Alistair was instrumental in the successful establishment of the SW Tourism Alliance, which he also Chairs, believing a unified voice for the South West was critical when lobbying for the region, and that some key services could be maintained by the private sector.

Alistair is also the Executive Chair of the newly formed Professional Association of Self-Caterers (PASC) which focusses on a fairer regulation and taxation regime for the sector.

Alistair was awarded and MBE in the June 2018 Queens Honours for his services to tourism.

THE NEW BUSINESS OF ACCOMMODATION

Join the most important short stay accommocation community in Europe

By signing up, you agree join our mailing list to receive news, programme updates, tickets and much more about HOST.

Book your ticket for HOST and get access to eight free conferences and access the latest tech.

Who Should Sponsor / Exhibit 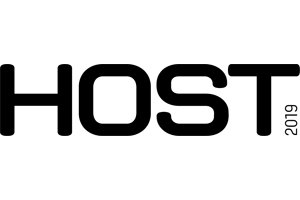