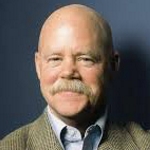 Patrick Gray served as Special Agent with the FBI for twenty years, including assignment to a team investigating the September 11 attacks. There he witnessed first-hand how the lack of technology to quickly identify individuals (or bodies) on-scene can stymie an investigation.
His work for the FBI took him to offices in Baltimore, Jacksonville, Washington, and Atlanta. He served as Supervisory Special Agent in the Intelligence Division at FBI Headquarters, where he was responsible for global counterintelligence investigations. During his time in D.C., Agent Gray also served at the National Security Agency where he headed an FBI group providing operational support to the global Intelligence Community.
After a transfer to Atlanta, Agent Gray assumed the role of Supervisor of the Technical Services Squad, which subsequently became one of the FBI’s first Regional Computer Crimes Squads. He was also a Forensic Examiner with the FBI’s elite Computer Assistance Response Team.
Patrick has overseen a wide variety of investigations, including those of financial institutions, government agencies, commercial businesses, industrial control systems, and universities.  A widely sought-after speaker on topics including identity, cybersecurity, crime, industrial espionage and homeland security, Patrick makes the most complex subjects understandable, and engages audiences with both humanity and humor.