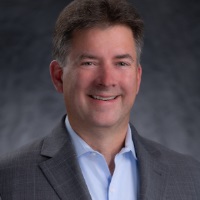 John P. Wagner served for nearly 29 years in US Customs and Border Protection, as well as its predecessor agency, the US Customs Service. He began his Federal law enforcement career in 1991 as a Customs Inspector, and worked at the New York/New Jersey seaport and the land border port of Laredo, TX, before being assigned to Headquarters in Washington DC.
Mr Wagner has worked on a wide variety of Homeland Security operational and policy issues. He became a recognized government leader in international border management and application of biometrics. He developed many security and facilitation programs for international travel, such as Global Entry and Automated Passport Control, and most recently, he designed and launched the vision for token-less and touch-less travel by leveraging facial recognition technology.
Mr Wagner successfully reengineered and automated many government programs saving millions of dollars annually and allowing thousands of staff hours to be reinvested in more effective work. He also authored and implemented government policy related to national security, international travel, border inspection authorities, and use of biometrics. Mr Wagner testified over two dozen times before Congress in the Senate and House of Representatives on a variety of topics involving national security, use of biometrics, privacy, managing commercial trade and travel, and international border management.
An experienced member of the Senior Executive Service for nearly a decade, and career, uniformed federal law enforcement officer for over 28 years, he retired as the Deputy Executive Assistant Commissioner for the Office of Field Operations in July 2020. In that role, Mr Wagner oversaw over 31,000 employees including over 25,000 CBP Officers and over 2,700 CBP Agriculture Specialists that protect U.S. borders. The most recent annual operating budget of $6.5 billion provided for operations at over 330 ports of entry, and many programs that support the national security, immigration, customs, and commercial trade-related missions of CBP.
A native of Long Island, NY, Mr. Wagner graduated from the State University of New York at Albany, with a Bachelors of Arts degree in Psychology in 1991. Mr Wagner is a graduate of the Senior Executive Fellows course at the JFK School of Government at Harvard University, and was twice honored as a finalist for a Service to America’s medal in 2015 and again in 2019.