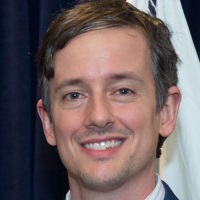 Dr. DiGiovanna became Program Director at Seven Bridges in 2018. Program management involves interaction with diverse scientific, technical, policy, and community members to shape, develop, win, execute strategic, multi-year engagements. Jack supports the Programs team, determines overall strategy, engages with prospective clients, and sets product development priorities to maximize value to both the users and Seven Bridges. Previously, Jack served as General Manager for Diagnostic and Clinical, where he was responsible for product and development strategy, customer relations and success, and driving innovation and value. Before that, Jack led the Programs team and contributed to multiple projects including the API and the development of Seven Bridges Sonar, a tool for interactive exploration, cohort selection, and hypothesis testing. Prior to joining Seven Bridges, Jack was a postdoc and then group leader at ETH Zürich and École Polytechnique Fédérale de Lausanne (EPFL) in neuroscience, machine learning, and prosthetics with applications to locomotion and the vestibular system. He earned a BS in Electrical Engineering from Penn State in 2002 and a PhD in Biomedical Engineering from the University of Florida in 2008 – his thesis featured a novel brain-machine interface architecture based on reinforcement learning.