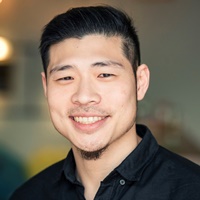 Vincent Niou is the Senior Programmatic and Partnerships Director for APAC at Essence. He joined the agency in 2011 and has risen through the ranks, holding positions across disciplines including media planning, investment and programmatic. Now based in Singapore, Niou has also worked out of the New York, San Francisco and Shanghai offices. Having worked across various practices and markets, he has a unique understanding of client business requirements and challenges. Previously, Niou oversaw programmatic and audience based brand planning in North America. Under his leadership, programmatic media investment for a key client increased 6x in a single year. During his tenure managing investments, he led negotiations and brokered agency level partnerships with top publishers to maximize value and return on media investment. Prior to Essence, Niou worked at DAE and Starcom in digital media planning and buying roles. Niou is passionate about digital ad-tech and its role in enabling brands to earn relevant and valuable connections with their audience. He believes that the uniqueness of APAC markets is paving new ways of forging meaningful partnerships to build the next wave of advanced programmatic solutions for marketers. In his free time, Niou is an avid CrossFitter and competitive Powerlifter. He is a fan of mixed martial arts and can often be found with his nose buried in comics.