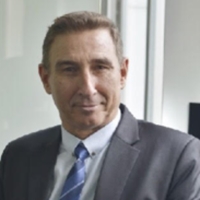 Mr. Rockhold spent 8 years in the US Navy leaving with a Degree in Engineering and Applied Science. He served 2 tours during Vietnam’s second Indochina war from 1971 to 1973. He later served in Thailand, Loa, Iran, and Central America as part of US Naval Advisory Group. In late 70’s to mid 80’s Mr. Rockhold worked with the US Government under direct contract in Africa, Asia and Central America.

In 1992 Mr. Rockhold return to Vietnam as Project Director for the return of Vietnamese refugees and establishing vocational training centers to integrate these Vietnamese back into society. In 1995 he was Managing Director in establishing Vietnams first 100% foreign own Environmental Consulting firm, the company worked with a number of Utilities/ SOE’s in the design, construction and operation of social infrastructure throughout Vietnam using grant funding. In 2000 Mr. Rockhold founded Pacific Rim Investment and Management Inc. (PRIM) out of LA, California to work with private international companies on Foreign Direct Investments (FDI) in greater Saigon region and Me Kong Delta. He has worked with over 70 such investors from USA, Europe, and Asia from investment applications to operations of their industries.  In 2011 PRIM join with 100% Vietnamese own firm ABBO working on FDI’s in the areas of shipping, animal feed, fertilizers, resorts, food industries and renewable energy investments. In 2012 he started investments in Wind and Solar power projects as part of Vietnam renewable energy policy. PRIM also provides capacity building to Government of Vietnam in international procurement and contracting preparing for trade agreements and private bank funded projects.

Mr. Rockhold today holds board positions at PRIM and ABBO, which today is handling an investment profile of over $650 million (2016) in Vietnam. He Chairs the Power and Energy Working Group in the Vietnam Business Forum (Ministry of Planning and Investment, IFC, World Bank and 17 International Chambers of Commerce and Business Associations).

Mr. Rockhold is married to a Vietnamese national and the have 2 kids, the family are farmers in Hau Gaing province of the Me Kong Delta where they produce rice, coconut oil, and assorted fruit.