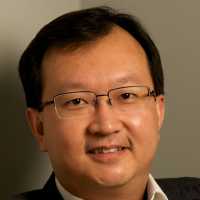 Eric Lam is an expert in inquiry-based pedagogy and eLearning, having coached more than 200,000 teachers and students in the region on the craft and shared his thoughts on pedagogy and the use of technology in learning on major publications in the U.S. and Asia Pacific, in collaboration with some of the world renowned experts in learning and assessment.

A prolific author who has written more than 20 Science textbooks widely used by students in Singapore and worldwide, Eric realised his dream of shaping and influencing education in a manner which would engage and stimulate young minds, by founding Amdon Consulting Group, the region’s leading provider of interactive content and inquiry-based pedagogical resources.

Not satisfied with how a lack of stable internet bandwidth is affecting digital education and the eLearning experience worldwide, Eric led the team at Amdon to create PageWerkz, probably the world’s first eLearning platform that does not require a consistent internet connection.  PageWerkz has since been used worldwide by universities, corporations, publishers, kindergartens and schools, enabling learning anytime, anywhere and on any device.

Eric Lam graduated from National University of Singapore (NUS) with a first class honours in Molecular Biology and was later conferred a the first Valedictorian of NUS.