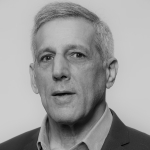 Salvatore (Sal) D'Agostino is founder of IDmachines and Co-founder of OpenConsent.  A serial entrepreneur, Sal’s work has covered the US Capitol and Pentagon security systems, EZ Pass and numerous intelligent transport systems, 100+ industrial automation systems and enterprise security, privacy, access control and ID programs around the globe.
Sal is recognized as a thought leader on critical cyber-physical matters confronting the world today.  Sal has appeared on NBC Nightly News, industry event keynotes and speaks internationally at conferences and events including RSA, Gartner, GSX, ISC, Identiverse, and others.  Sal is active in standards for physical and logical security and has served as Chair and Secretary of the Kantara Leadership Council (LC), and past President and Chairman of the Board of the IDESG, as well as on other corporate and non-profit Boards.
Sal has a patent in sentient displays, an AB from Harvard College and collaborated with Ha Ha at the Hyde Park Art Museum and MassMOCA.  And Sal is proudly a (retired) member of the Mystic River Rugby Club the current US Division 1 National Champions.