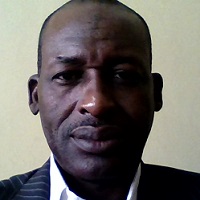 Engr. Roni is a seasoned engineer with over 25 years’ experience in the telecommunications and rail industries. A first class graduate in Electrical Engineering, he also holds an MBA degree. His wealth of experience has been gathered through his working carrier that includes Lecturing at Bayero University Kano, Senior Manager (Business Development) at NNDC Limited, Kaduna, NITEL and Mtel Limited. At NITEL, Engr. Roni started in the Long Distance Communications (LDC) department and subsequently was transferred to the corporate headquarters to work in the LDC project department. At Mtel, Engr. Roni rose to the position of General Manager (Network Planning), where he was a key participant in the roll out of both the company’s analogue cellular network and GSM network. He was involved in developing bid specifications, evaluation of tenders and project implementation, as project manager. He has had extensive exposure to network design (both core and radio networks). He also had practical hands on experience in the design, implementation and maintenance of transmission backbones that involves Microwave, Satellite and Fiber Optic. Engr. Roni was also Technical Assistant to the Chairman, Mtel Board of Directors and the Honourable Minister of Communications. His exposure was further enhanced by participation in many international seminars and courses. He was a resource person at the International ICT Conference in Kigali, Rwanda, where he delivered a paper on Third Generation (3G) technology as a vehicle for offering broadband services in Africa. He has similarly presented a paper at the Smart Rail Congress and Expo 2014, Amsterdam. Other papers presented were at Middle East Rail 2016 and 4th Africa Port and Port Cargo Capacity Upgrade, Accra, Ghana/ Presently, Engr. Roni is with the Nigerian Railway Corporation (NRC) as Head of Signalling & Telecommunications. Key among his activities at NRC is the migration of the legacy signalling and telecommunications system of the corporation from mechanical system to radio-based train control system. In addition, he is working with the Federal Ministry of Transport to standardize the train control system in Nigeria and also extend this standardization to neighbouring countries and possibly the whole of Africa. This is to facilitate interoperability.