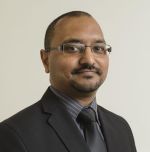 Terence was appointed General Manager at Durban International (now King Shaka International) and National Airports on 1 August 2008. He is a Charted Accountant by profession and obtained his Post-Graduate Degree in Accounting from the University of Durban Westville in 1989 and obtained entrance to the Chartered Accountants Board in 1990. Terence has been with Airports Company South Africa for more than nine years. Terence headed the portfolios of Finance and Commercial and was then promoted to Assistant General Manager: Support Services, which included Projects, Engineering and IT, when the national airports became part of the Durban International Airport management structure. Under his leadership, various infrastructure development projects at the smaller airports and the development have been completed. The team has made a concerted effort to turn some of these non-profit airports into profit-making facilities.