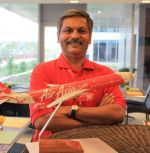 Have more than 30 years of hard core airline top management experience in all areas of the Airline business. Presently General Manager-India, Sri Lanka & Bangladesh for AirAsia involved in  the International operations of the airline in this region. Has been with AirAsia since 2009 with the start of Indian operations of the airline. Played a key role in starting operations to 9 stations in India for AirAsia. Was previously Vice President Commercial for the boutique airline-Paramount Airways. Starting my airline career with Cathay Pacific as Manager-North India and Nepal moved on to take up the challenging role of General Manager-North India, Nepal and Pakistan for Jet Airways when Jet expanded from 1 online station in North India to 10 stations. Went on to set up the Delta Airways operation to Dubai in 2001.An expert in start-up airlines with a very special interest in Low Cost Airlines. Did my MBA from Cochin University School of Management Studies and then got a Chevening Scholarship to do Advanced Management at Manchester Business School. Married to Sumi Nair and have 2 sons Gautam doing his Doctorate at Yale and Arjun working in Mexico.