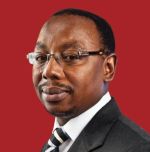 Having been appointed as Chief Operating Officer for two years and Acting CEO for nine months for Tourism KwaZulu-Natal (TKZN), Ndabo Khoza was appointed as TKZN CEO in 2007.

Khoza, who was born and educated in Durban, graduated from the University of Zululand with a B.Com (Accounting) degree in 1987. He has held several high profile positions within the public and private sectors, his most recent being the Chief Operating Officer for TKZN. Prior to that he held the position of Deputy Director-General in the Public Service Commission.

He has varied experience having worked, amongst others, in the water and property sectors – Umngeni Water and Ithala Development Finance Corporation respectively – as well as for accounting firms KPMG and Deloitte & Touche Consulting Group.