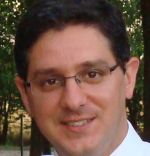 Maximiliano Vicini  - BIO
Maximiliano is a highly skilled senior professional with more than 15 years of experience in different positions and roles in the Airline & Tourism industries.  Mainly focus in the Travel and Airline IT business, as well as airport operations & commercial procedures, sales, reservations & ticketing, marketing plans, customer service, check in coordination, deadlines, projects and training matters.
He has an University  Degree in Tourism Industry Management from Universidad del Salvador, Buenos Aires, Argentina and als holds a Management Development Programme Qualification from UCA ( Aregntine Catholic University). He is a University Proffesor, being the head of the Air Transport  Class at the Tourism School in UCES ( Business and Social Sciences University), one of the most relevant private universities in Argentina.
Maximiliano have worked in many travel agencies, tour operators and airlines in different roles and positions. He started his career in 1998 as Sales Agent in a major tour operator. After that back in 1999 he joined LAPA Airlines, one of the main domestic  an international carriers in Argentina,  as an Airport Customer Service and Back Office Agent until 2003 when the airline ceased operations. Then he continued his success path in the airline industry joining LAN Airlines initially as Check In Agent and after 1 year,  he became Ticket Sales Manager until 2008, when he joined KIU System Solutions as a Commercial Executive. Today he is the Head of Commercial and Business Development at KIU, a fast growing technology company that provides a complete Solutions Auite to Airlines of all sizes and business models worldwide. Having achieved a significant presence in Latin America, with more than 25 airlines using the company services, the current challenge is to expand the business to new markets like Africa, Europe, MENA and North America.