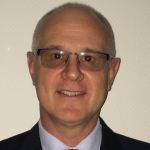 Juan van Rensburg is the Chief Executive Officer for Aviation Co-ordination Services (ACS).  The organization was formed in 1999 by the Airline Association of South Africa (AASA), the Board of Airline Representatives of South Africa (BARSA) and the Airports Company of South Africa (ACSA) to provide International Best Practice services to airlines operating to, from and within South Africa.

Juan has spent most of his professional career in the aviation industry. He worked for a number of international carriers as General Manager based in Switzerland, Brazil and Argentina. He held the position of Regional Manager Southern Arica for Emirates before joining ACS. His mandate for the respective airlines varied from expansions, opening of new offices and GSA’s, cost containment and yield improvement.

As CEO he has the responsibility to oversee the company’s strategy and to execute the business plan as set out in the mandate directed by the ACS Board.

In 1999 he served as Chairman of Board of Airline Representatives (BARSA) and in 2002 as a Trustee of Aviation Co-ordination Services (ACS.)

Juan holds an Honours Degree in Commercial Science, a Diploma in Negotiation Skills, various qualifications in Security Management and an IATA Diploma in Airline Integration Management.