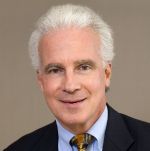 Miguel was born in Lisboa, Portugal.  He moved to Luanda, Angola, in early 1959.  There he completed his pre-college education as well as two-years of college in Geological Sciences while working for the National Weather Bureau and obtaining his private pilot’s license.  He attended the University of Washington graduating in 1978 with a B.S. in Aeronautical and Astronautical Engineering and a B.S. in Geological Sciences. Following graduation he joined Douglas Aircraft Company as an engineer/scientist in advanced engineering; that was followed by positions in marketing and sales.  In 1983 he graduated with an MBA from Pepperdine University.  In mid-84, he joined Boeing Commercial Airplanes and had assignments in Area Manager-Airline Analysis, Account Manager and Sales Program Manager Africa Sales, Manager 747/767 Sales Support Engineering, 747/767 Marketing Manager for Asia, Manager 767FX/747FX Marketing Requirements Programs followed by same for the 747-500X/-600X Program and has now been with Boeing for 33 years.He is a Fellow of the Royal Aeronautical Society and an Associate Fellow of the AIAA.  He is a member of the RAeS Air Transportation Board in the UK and lectures regularly at Cranfield University and various RAeS branches.