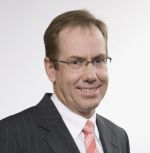 Andre joined Airports Company South Africa as an Engineer-in-Training in 1995 based at the then Johannesburg International Airport, progressing to ultimately lead the Maintenance and Engineering Department at the airport in 2001.

In 2005, Andre was appointed for the challenging role of Group Manager: Airport Operations. During this time, he had to drive airport operations systems and processes standardisation across the company's network of airports with notable successes in the development and implementation of the Airport Management Centre concept. Andre also played a key role in making sure that on-time commissioning of engineering systems was achieved in support of the operationalisation of King Shaka International before the World Cup in 2010.

Andre has played a leading role in collaborating with stakeholders outside of the organisation in matters crucial to the sustainability of the aviation industry in general. He has been instrumental in country-level engagements with the Department of Energy, airlines, fuel industry and regulators around matters of security of fuel supply for the aviation industry in South Africa. Additionally, Andre has contributed to the development and ultimate promulgation of slot regulations for the country.