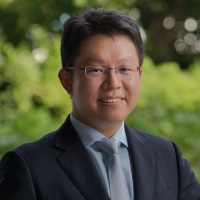 Dr. Stephen Tay is a Senior Lecturer in the Department of Building (NUS) and an Adjunct Researcher at the Solar Energy Research Institute of Singapore (SERIS) in NUS. Prior to his current role, he was the Head of the Urban Solar Group and National Solarisation Centre at SERIS after obtaining his PhD from Imperial College London under the National Research Foundation (Clean Energy) Overseas Scholarship. He has served in several consultancy roles for both local and overseas corporates. In recognition of his contributions as a strong advocate for the solar PV industry, he was awarded the “Young Green Building Advocate Award”, which was jointly conferred by Singapore’s Building and Construction Authority (BCA) and the Singapore Green Building Council (SGBC). He currently shares his knowledge and experienced gained through his teaching in NUS on the topic of solar photovoltaics for sustainable urban environments.