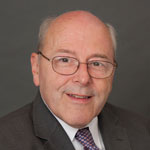 Dr. Fries, who joined the Novavax team in 2011, has 22 years of experience in the clinical testing and development of human vaccines in academic, small biotech, and major biopharmaceutical environments. While a major career focus has been influenza, he has also had extensive involvement with bacterial and parasitic vaccines and therapeutic and prophylactic immunoglobulins. He has been an author of over 60 peer-reviewed publications. Most recently, following the acquisition of ID Biomedical by GSK Biologicals, Dr. Fries served as Director of Clinical Development from 2005 to 2011. He had previously served as Vice President of Clinical and Regulatory Affairs for Intellivax and ID Biomedical GSK Biologicals, which he had come to after 4 years as Director of Clinical Development for Univax and Nabi. Prior to joining the biotechnology industry, Dr. Fries served for 4 years as a faculty member in the Department of International Health, Johns Hopkins School of Hygiene and Public Health. Dr. Fries received his undergraduate training at the Johns Hopkins University and his Doctor of Medicine degree from Duke University. He trained in internal medicine at Johns Hopkins and infectious disease at the National Institutes of Allergy and Infectious Disease, where he was a member of the Laboratory of Clinical Investigation from 1979 to 1989.