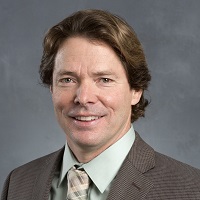 Mr. Powers is Assistant General Manager for the San Francisco Bay Area Rapid Transit District (BART) in Planning, Development and Construction. His executive office is responsible for the design, construction and management of several major rail transit extension projects along with BART’s Real Estate and Property Development; Strategic and Station Planning efforts; BART’s Energy and Sustainability Program, and the Office of the District Architect. Prior to joining BART, Mr. Powers served as the Director, Major Projects and Deputy Director at the City of Seattle Department of Transportation (SDOT), where he oversaw SDOT’s Major Projects, Traffic Management, Policy and Planning, and Capital Projects and Roadway Structures divisions. He also previously served as the Division Chief of Transportation in the Engineering and Construction Division (TEC) for the City of Baltimore Department of Transportation.
Mr. Powers is a licensed Professional Engineer. He holds a Bachelor of Science degree in Civil Engineering and Master of Science degree in Structural Engineering, both from the University of Illinois at Urbana-Champaign.