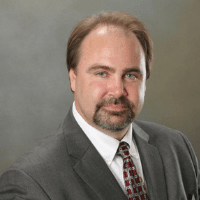 Paul Comfort is the Administrator and CEO of the Maryland Transit Administration or MTA.  As such he oversees the twelfth largest transit system in America, with over 3,300 employees and a $1.4 billion dollar annual budget; providing almost 400,000 daily trips operating local and express bus, light rail, Metro Subway and Mobility services in the Baltimore region and providing MARC Commuter Train and Commuter Bus services throughout the state.  MTA also funds and assists all of Maryland’s 23 county transit systems as well as oversees freight rail tracks throughout the state.

Mr. Comfort has spent a career in public transit and local government serving as County Administrator for two counties in Maryland (Queen Anne’s and Charles) as well as working in business development and operations management for many public and private transit operations.

Mr. Comfort is overseeing the construction of largest P3 Rail Project currently underway in America – the $5 billion+ Purple Light Rail Line project in the Washington DC suburbs while simultaneously directing a complete reboot and rebranding of the Baltimore Transit System and his agency is leading the EIS for the proposed Mag Lev Rail Line between Washington DC and Baltimore.

Mr. Comfort is an attorney and former elected official in Maryland.   And it has just been announced that Mr. Paul Comfort is the recipient of the 2016 AASHTO President’s Transportation Award for Public Transportation.