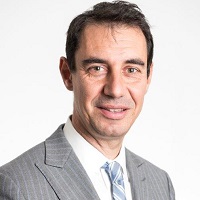 As the current, Executive Director of Operational Systems in Transport for NSW, Pascal is responsible for the definition, delivery and management of multi-modal projects including roads, rail, light rail and ferries.

Pascal started his career with Alstom delivering Train Control Systems in Egypt. Next he held various positions with Thales in France where and was responsible for providing Integrated Fare Systems to Transport Operators throughout Asia, Europe, the Middle East and South America. After he delivered the worldwide project he then worked for Thales in Australia and was accountable for bids and programs in the Thales’ Air Traffic Management Systems business.

Pascal’s family made the executive decision to call Australia home and they all became Australian citizens. Pascal joined Sydney Trains leading its Operational Technology teams and made his first significant contribution to the NSW Transport System. He soon identified significant efficiency and safety improvements through greater use of Technology.

Throughout his career, Pascal has developed a proficiency in large-scale program management. He has an acute understanding of commercial or political stakes and an exceptional ability to negotiate win-win outcomes. His accomplishments range from delivering an e-ticketing system across the Netherlands to successfully negotiating the contract to refurbish Air Surveillance in the Philippines.

Pascal has an Engineering degree from the leading French Aeronautics University and a Masters in Management from EM Lyon. He lives in Sydney’s North with his wife and two sons, enjoys playing a game of tennis and tasting not only French but also Australian wines – magnifique!