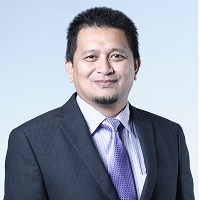 Ahmad Nizam started his career in railways when he joined Prasarana’s Kelana Jaya Line LRT in Kuala Lumpur.  He held the post of Engineer in the QA & Engineering Department before being promoted to other positions in the department.  In January 2011, he was appointed to be the Chief Operating Officer of the Kelana Jaya Line LRT, before being appointed to be the Chief Executive Officer of Rapid Rail Sdn Bhd which comprises of Kelana Jaya Line LRT, Ampang Line LRT, KL Monorail, and MRT Line 1.  In September 2016, he was been appointed as Chief Infra Services Officer, the post that he holds as of to date.  Under this portfolio, he is in charge of the Group’s procurement, facilities maintenance, and contracts management.

Throughout his career, Ahmad Nizam has been involved in the day-to-day operations and maintenance of the railway systems. He has developed expertise in test activities in which includes instrumentation, data acquisition, and post-processing analysis.  He has also been involved in various gadget development projects related to operations and maintenance of the railway systems.  Among the notable ones are the rail profile gauge, the manual mode door chime module, and the train status logger.  Despite being a mechanical engineer by trade, he has strong interest in electronics designs and software applications development.