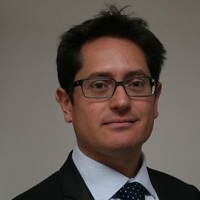 Following on from an entire career in the Railway community, Nicolas is now leading the Metro & LRT business for the UK and for the Northern Europe region.
For more than a decade, he previously worked in the Signalling Industry, within the fields of design, development, procurement, manufacturing, test and commissioning of on board and wayside signalling systems. At that time he participated in the introduction of last generation train control systems in China and Korea.

Nicolas then moved to  Transport Engineering for SYSTRA in 2013 where he first led the development of systems engineering methodologies applied to Metro projects in Mecca, Lyon, Buenos Aires, Singapore,…), he now supports cities to define and implement urban transport solutions.