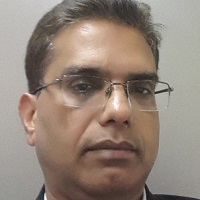 Navneet Kaushik is an Electronics and Telecom Engineer. He has worked with Indian Railways on main line for more than 17 years on various capacities. Later in 2005, he shifted to Delhi Metro Rail Corporation and has gain an experience of more than 11 years in metro signaling and telecommunication.
He has been responsible for commissioning of Signaling and Telecom on various lines in DMRC (more than 100 Km). He has mostly worked on convention Distance to Go Train Control system. For last 4 years, he has been involved in design and commissioning of CBTC based systems (more than 80Km).
The present assignments includes Design and Commissioning of CBTC and UTO system on Line 7 which is around 60 Km. planned to come in to revenue operation in 2017, Design and Commissioning of CBTC GOA 2 and all Telecommunication systems on Line 1 in Kochi Metro which will get in to revenue operation in March 2017, Design and Commissioning of PSD on 38 stations on DMRC network, Retrofit of PSD on 6 stations etc.
Over all he has experience of DTG, CBTC, GOA 2 & 4 and PSD and is presently working as Executive Director/ Signal & Telecom Projects in DMRC. He has been sharing his experience of CBTC and UTO on various forums in India.