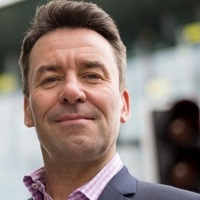 Mark Wild joined TfL in June 2016 from Australia where he was Special Advisor to the Minister and Secretary of The State Government of Victoria. Just before that he was Chief Executive of Public Transport Victoria, the integrated transport authority based in Melbourne serving a population of some six million people.

He also formerly worked on a number of major projects in London, including the introduction of modern signalling on the Jubilee and Victoria lines.