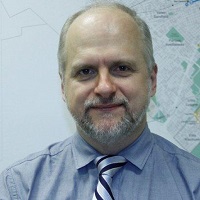 Work experience
February 2016 to present:
Subterráneos de Buenos Aires S. E. (SBASE)                          General Manager
SBASE is responsible for managing the underground metro system in the City of Buenos Aires. Currently the company is driving the expansion of Line E between the stations of Bolivar and Retiro as well as upgrading the other lines.