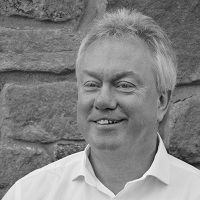 Alan joined Hyperloop One as Vice President - Worldwide Business Development in 2015. He is the primary point of contact for cities, regions and countries around the world seeking to develop Hyperloop transport solutions.  In Europe, Alan is leading the company’s engagement with the EU and the Governments of Member States where Hyperloop networks are proposed.

Hyperloop One is a new mode of transport operating at a design speed of 300 metres per second (1,080 km/h or 671 mph), not only revolutionising passenger and freight transportation, but also radically enhancing economic competitiveness.

Prior to his current role, Alan has led multi-billion infrastructure and strategic projects.  As Project Director of HS2 The Stoke Route, he led a multi-disciplinary team to create a business case which saved £5bn capital costs, allowed the service to start 7 years earlier than planned, and which ultimately ensured that this important UK city secured a high speed rail link.  As CEO of the UK Ultraspeed maglev project, he engaged at the highest levels of UK Government.

Using his global expertise in both conventional HSR and maglev, Alan has advised various high speed projects in the USA, Australia, the Arabian Gulf and Asia. For FTSE250 clients, he coordinated the construction of a major high-tech capital project in Africa and he has also served as strategic advisor to the UK Government’s Foreign and Commonwealth Office.

He lives in the North East of England with his wife and daughter.